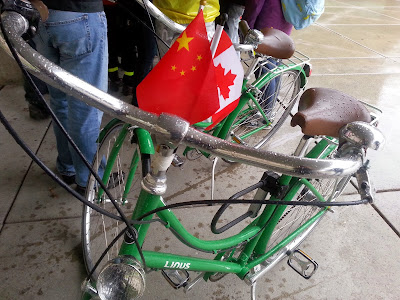 To celebrate the 25th Anniversary of Culturelink, we went for a unforgettable bicycle ride around downtown Toronto on a rainy October day!

My peers and I who are involved in CultureLink’s Wintegration program met up at 10 o'clock in the morning and biked to Toronto City Hall together to meet the rest of the participants. To my surprise, everybody had a different flag taped on their bikes, which represented the diversity of Culturelink, as well as the City of Toronto.

Starting from City Hall, we biked to Toronto Botanical Gardens at Allan Gardens which is in "Cabbagetown". The garden houses various plants from different places in the world and some of them, I've never seen before! This architecturally significant site is both a building and a spirit with a long history. It represents the hopes and dreams of many people - from those who first settled in the surrounding area, to those who are here today because of their love for gardening. 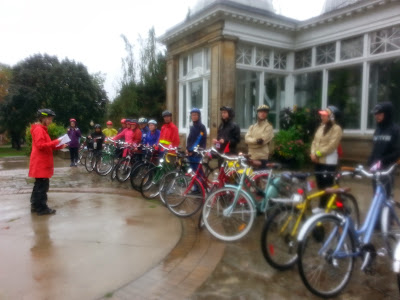 The second location we stopped at is King's College Circle at the University of Toronto. We could see the football field, the graduation hall and some fabulous but different buildings as we were biking around the circle. The volunteer guide from CultureLink’s Bikehost program graduated from the University of Toronto. She introduced the campus to us in terms of the faculties, the number of students and so on. For us, high school students, that was a meaningful place to stop at because we actually got the chance to be introduced to the life on campus and what universities are actually like! 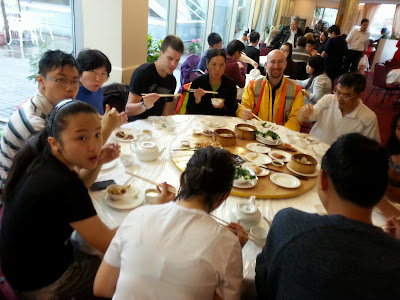 Later on, we biked from University of Toronto to Bellevue Square in Kensington Market which is close to chinatown. It is undeniably one of the most important parks in Toronto. It is only in Kensington Market that you will find so many people from different ethnic backgrounds come together for the same aim --- to make a new life here in Toronto!


We were originally going to have a picnic here at Bellevue Park so that we could enjoy more of the interesting historical view, but unfortunately, that was cancelled due to the heavy rain. Instead, we went to a dim sum place i chinatown for lunch, and filled up our bellies! ﻿﻿﻿﻿﻿﻿﻿﻿﻿﻿ 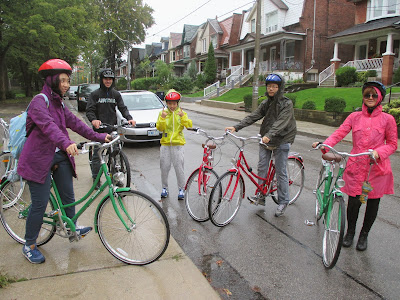 Even though it was raining the entire time, nobody had thought of giving up. The ride was memorable because I probably will never ride in the heavy rain again. Special thanks to the people who arranged this activity, I really appreciate it!