Last week at the Mimico Library, the Youth in Action team competed in some Minute-to-Win-It games. For each activity, the girls had the time-length of one of their favourite songs to see which team could complete the activity first! 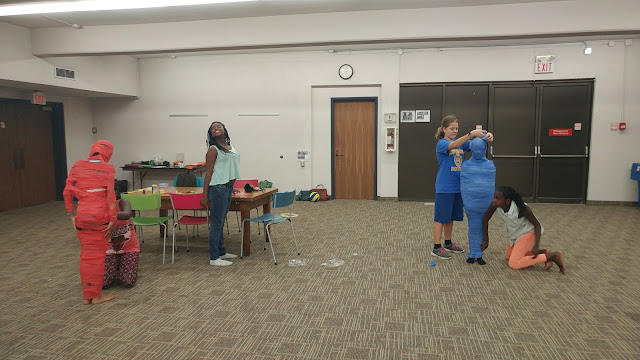 Our first competition was to see who could make the best mummy. These pharaohs-in-training did an amazing job, but the blue team was triumphant! 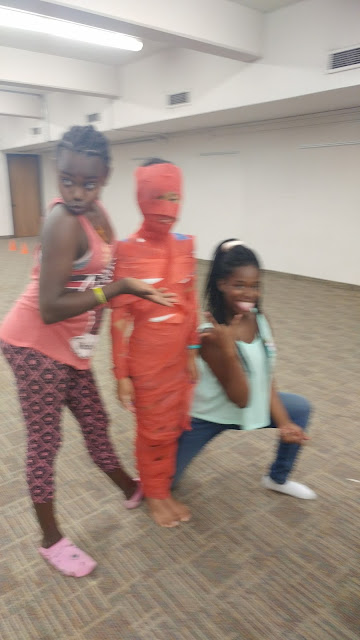 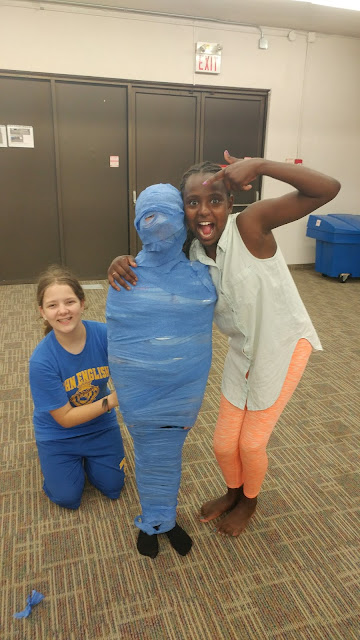 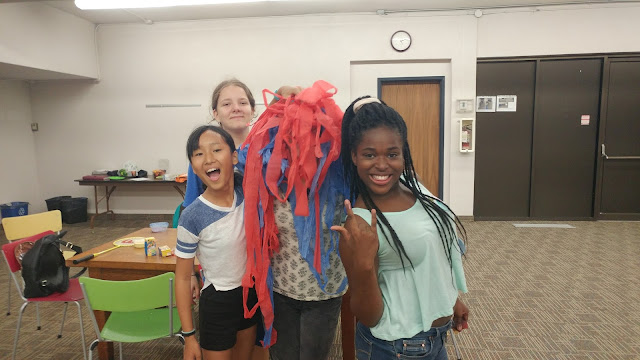 After the first activity, youth worker, Rachel, was attacked with streamers for a new hair-do!

Next, was the blindfolded bowling activity! The red team managed to knock over all their cones before the blue team... 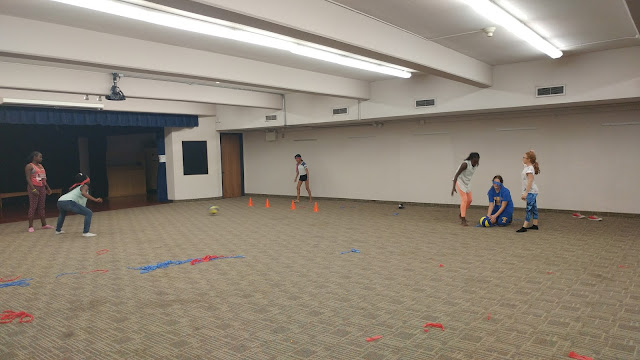 The third challenge was to lead a blindfolded teammate around the room to collect the hidden cones. The blue team won again! 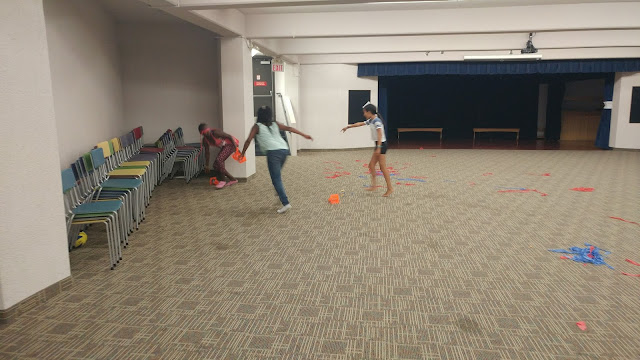 And finally, the Skittle Challenge! Here, the teams had to use straws (no hands!) to get skittles from a plate on one side of the room, to try to fill their cup on the other side of the room... The red team was off to a good start, but this game ended up in a tie, since everyone ended up eating their skittles!!! Another great day at the Mimico Library, see you next week!