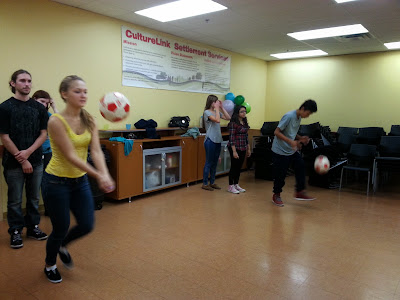 We had some new participants at our program, Wintegration, which is very nice because we are always happy to see new people!

We played some ice breaker games, which I led: we introduced ourselves to one another and also shared something interesting about our own countries. I think that it's important to know a lot of information about other countries. 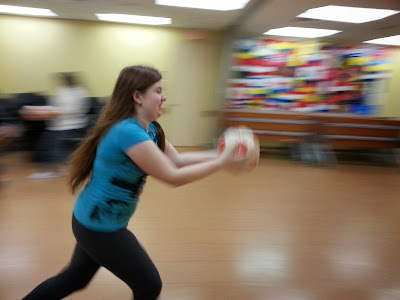 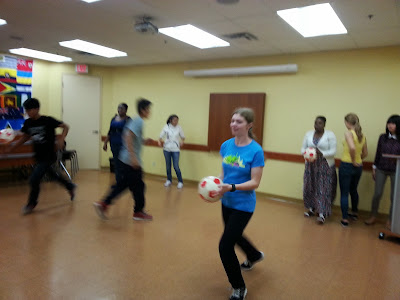 After that, we had sports time (sounds like a T.V. show!) We played an ice breaker game with a soccer ball. We also did a relay game where we had to think of different and creative ways to move the ball in teams. The team which lost had to perform the Macarena dance for the winning team :))) Also, we did some warming up and cooling down exercises such as running, jumping, stretching and so on.

We had great and healthy time!!